Our customers swear by how easy to use our software is. Votech’s software is the market’s easiest to use meeting and voting software. Sign up for your free version to get started with smaller meetings, or upgrade to a paid version for more features and meetings participants. Your users will love it! 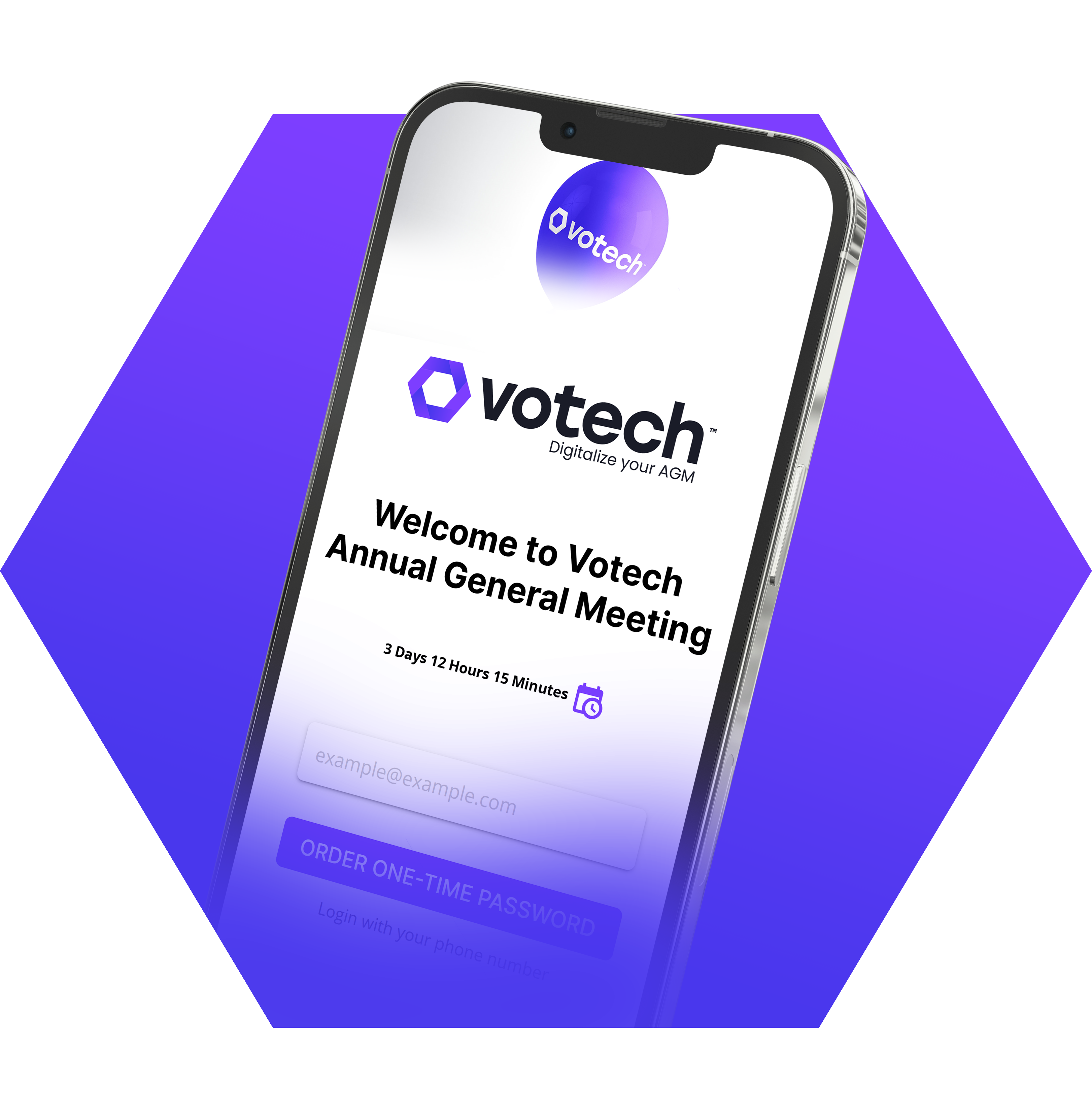 Organizing official meetings is challenging, a lot of work, and time-consuming.

Many competitors require multi-step meeting attendee registration and log-in.
Software requires a specific device or browser, making it difficult to use.
Many competitors have developed their own video conferencing tool that is inferior to the market leading video conferencing softwares already in use by the majority of corporations and NGOs.
Doesn't support traditional in-person meetings with digital voting.
Software is not available immediately, requires multiple points of contact before a customer can test it out.

Easy-to-use, no need to remember user names and passwords.
Votech works on all devices & most popular browsers. Plus we are launching our Android and iPhone mobile apps very soon!
Votech integrates with MS Teams and works seamlessly with other popular videoconferencing software such as Zoom and Google Meets.
For in-person meetings we offer remote and on-site technical support for meeting organisers and attendees. We also support attendees at events with hybrid voting machines and provide assistance in using them.
Automated and immediate sign up, no need to contact sales personnel. Start using Votech right away!

Did you notice our basic plan is free ?

For smaller meetings, try out our meeting and voting software for free!

50 participants with voting and spectator rights

With the onset of the pandemic there became a need to offer our clients the opportunity to run their annual meeting smoothly as possible remotely, thus Votech’s meeting and voting software was born.

Regardless of where you run your meeting, on-location or virtually, many official meetings, such as Annual General Meetings (AGMs), also called Annual Meetings require voting.

Thus, using a voting software is a prerequisite. You can either choose to use an outdated and hard to use software or opt-in for Votech's modern user-friendly solution that your attendees will love as they can use it from anywhere, like the comfort of their home.

We at Votech value your time, thus we wanted to create a solution that caters to the busy 20th century person!

Easy to use, one meeting service that has it all

Our software is so easy to use that anyone will be able to attend your meeting and vote. Video and PDF –instructions for attendees available. All meeting documents, a link to MS TEAMS, Zoom or Google Meet, support info and elections and voting are on one page branded for your organization.

No need to remember user codes and passwords. Identify your participants using bank ID, or a unique code sent to your phone number or email.

Works on all devices

Our software works on all devices.

Attendees can participate in meetings through the most popular web browsers, and our soon to be launched Android and iPhone App making the experience even more user friendly.

Our integration with Microsoft Teams allows for problem-free two-way video conferencing using any device, in real-time. Our Microsoft Azure servers in Sweden result in a secure, fast, and reliable GDPR compliant service.

Receive customer support, that is available remotely or at your meeting location. We will help you with any step in your meeting, from planning to meeting.

Our software has been stress tested and used in meetings with large amount of participants. This makes your meeting run smoothly.

We know that security is a must in today's world. Our software has been security tested and audited by professional data security expert, Huld.

We are a development partner for our clients. Should you have any special requirements beyond our enterprise version, don’t hesitate to get in touch with us and let’s discuss your specific needs over a Teams or at our office in Helsinki. Click here to get a quote

Why use Votech’s
meeting and voting software

Our reason d’etre is more than just making money, we are out to make a positive impact, do our part in saving the environment, and saving YOU precious time!
‍

Ensure the legality of your meeting

Laws have changed in many countries allowing remote and hybrid annual meetings which is great! But, for companies and organisations to reap the benefits of this opportunity attendees must be strongly identified and given the chance to vote electronically. Read our blog  where we discuss the 7 things you need to know about organizing legally binding remote or hybrid annual meetings.

As a business leader you have the opportunity to make a positive impact via holding remote or hybrid meetings. The concept of business sustainability is something that affects all business leaders and is not something we can ignore.
‍
By making the choice to hold remote and hybrid meetings you are helping to decrease the carbon footprint.
‍
You might think that you alone you can not make a difference, but collectively when all of us make the decision to practice sustainable business, the impact is MASSIVE.
‍
See for yourself just what an impact you can make if you use votech’s software for your company or organization. Then vision ahead to what the future could be with everyone on this journey together. 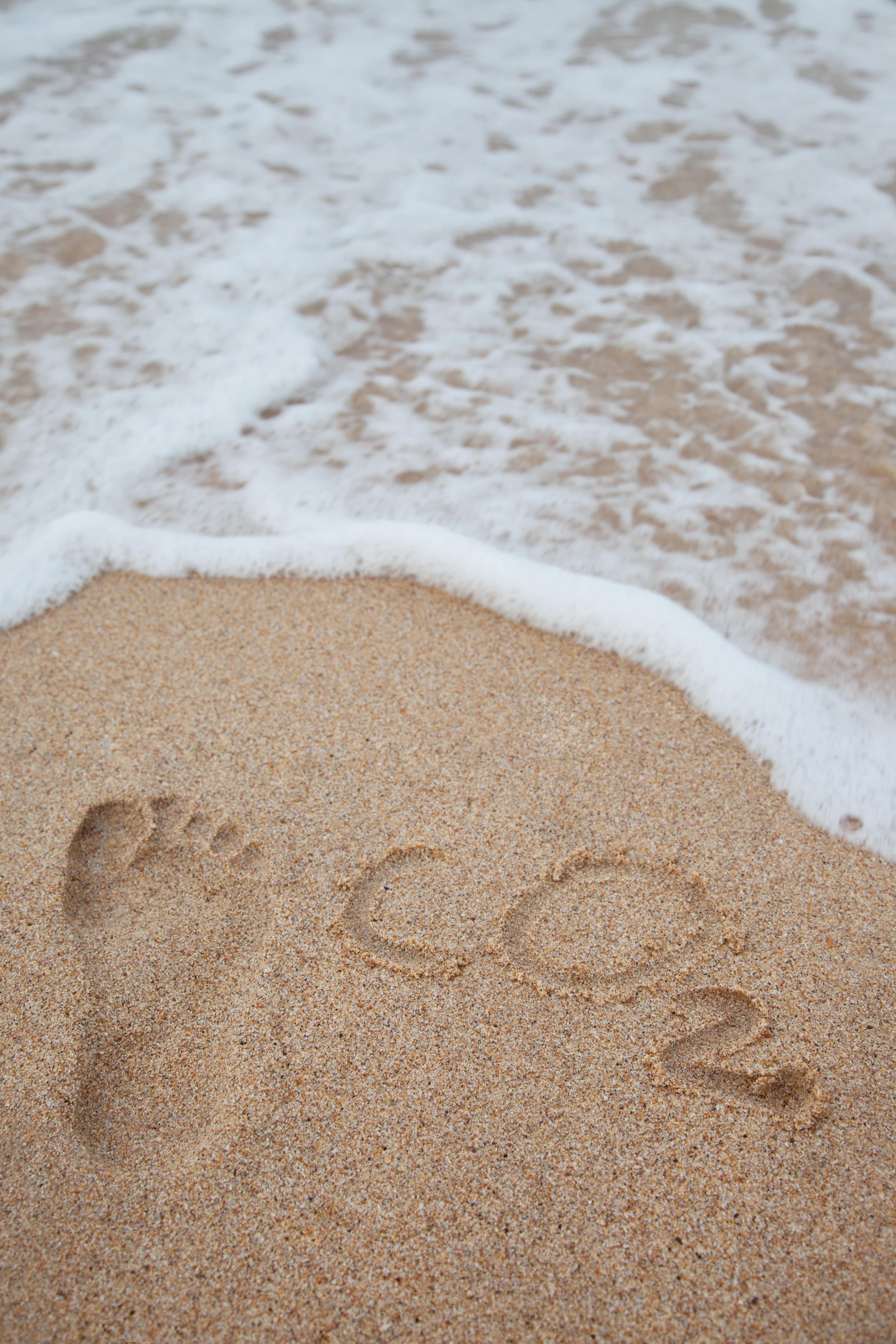 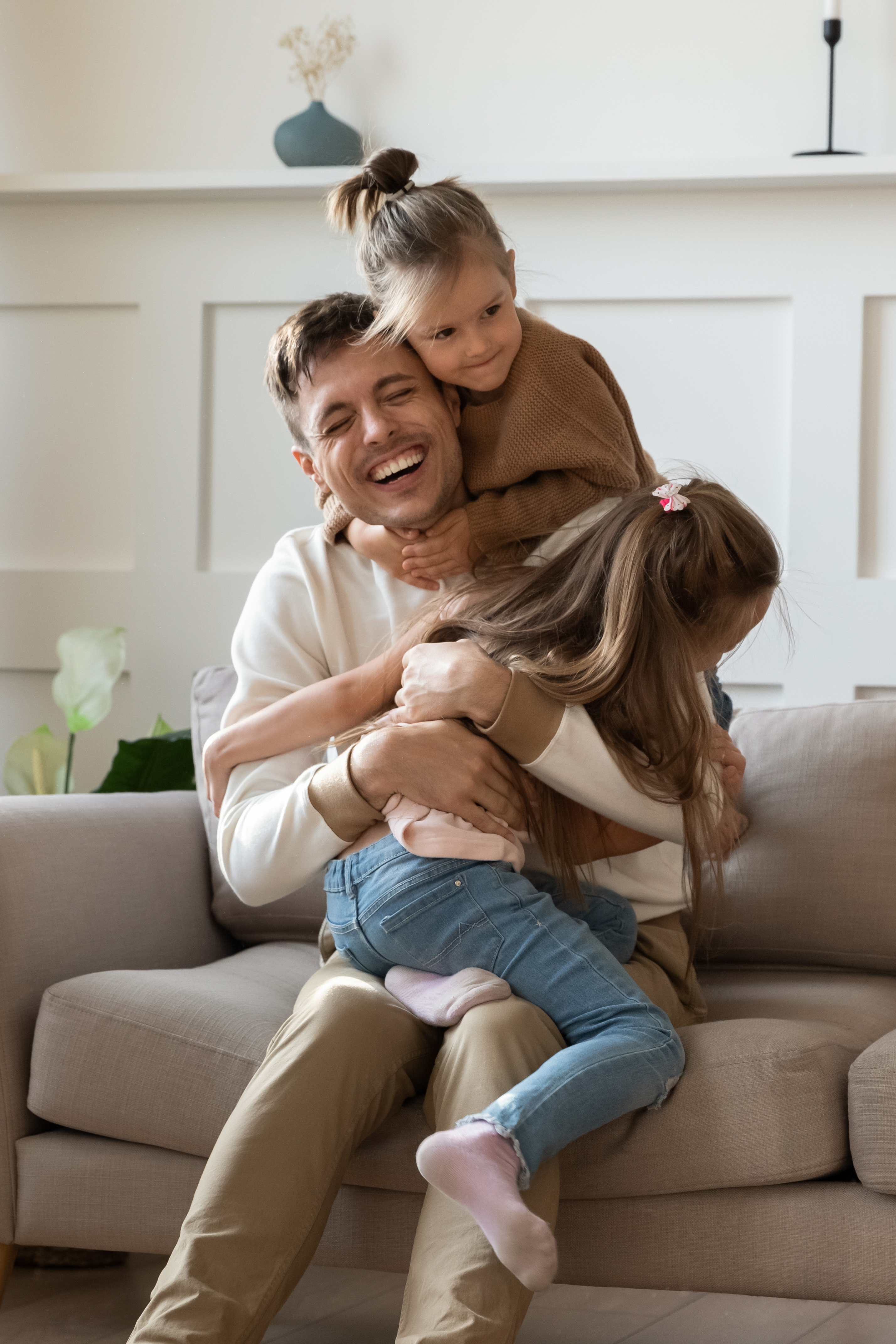 Time is something we all value and seems past few decades if anything has made us busier than before. Or at least we feel busier, as if there are not enough hours in the day. Presented with two scenarios, and you had to pick one, which one would you choose?

But first a bit of background on the scenario:

It’s been a long week, but you are almost at the finish line and the weekend is just around the corner. You wouldn’t love more than anything than to clock off work and go straight home and put your feet up on the couch. But you are a minority shareholder in a company that has an AGM that evening and know for a fact that this is one AGM you shouldn’t miss. You live in Jyvaskyla, Finland, and the company's headquarters are in Helsinki. That is 270km one-way, totaling 540km. You need to check the train schedules since at least on the train you can get some work done, since you don’t feel like driving back the three and a half hours in the evening.

It's the same distance from Sheffield to London, or you live in Houston, Texas and the company's headquarters are in Austin, Texas, which makes the trip in total 20km shorter there and back. You need to check the train schedules since at least on the train you can get some work done, since you don’t feel like driving back the three and a half hours in the evening.

Option A is to take the train, then walk to the company's headquarters, attend the two-hour meeting, and catch a train back home.  Or then...

Option B is to bike home from work, change your clothes, grab something to eat and discuss how everyone’s day went with your family, before making yourself a cup of tea and propping yourself up on the couch at 16.55 and opening your Votech app on your phone and joining the AGM...

‍Which option would YOU choose?

For any business owner it’s simple math that organizing a virtual or hybrid annual meeting can save a lot of money. Why? Usually a space must be booked, and those don’t come in cheap, especially if you have a lot of shareholders which many crowdfunded and public companies have.

Large conference rooms adequate to fit say up to 1000 people aren’t exactly cheap, and then what about the catering costs incurred? For example, water, coffee/tea and a sweet or savory pastry can easily start at €15 per person in Finland. That set set up will run you €15,000, and what happens should you have to organize an extraordinary AGM? That’s €30,000 going to catering services so you can organize two, two-hour meetings?

You can use a modern voting software, saving a substantial amount in meeting costs, and at the same time make a positive impact. make 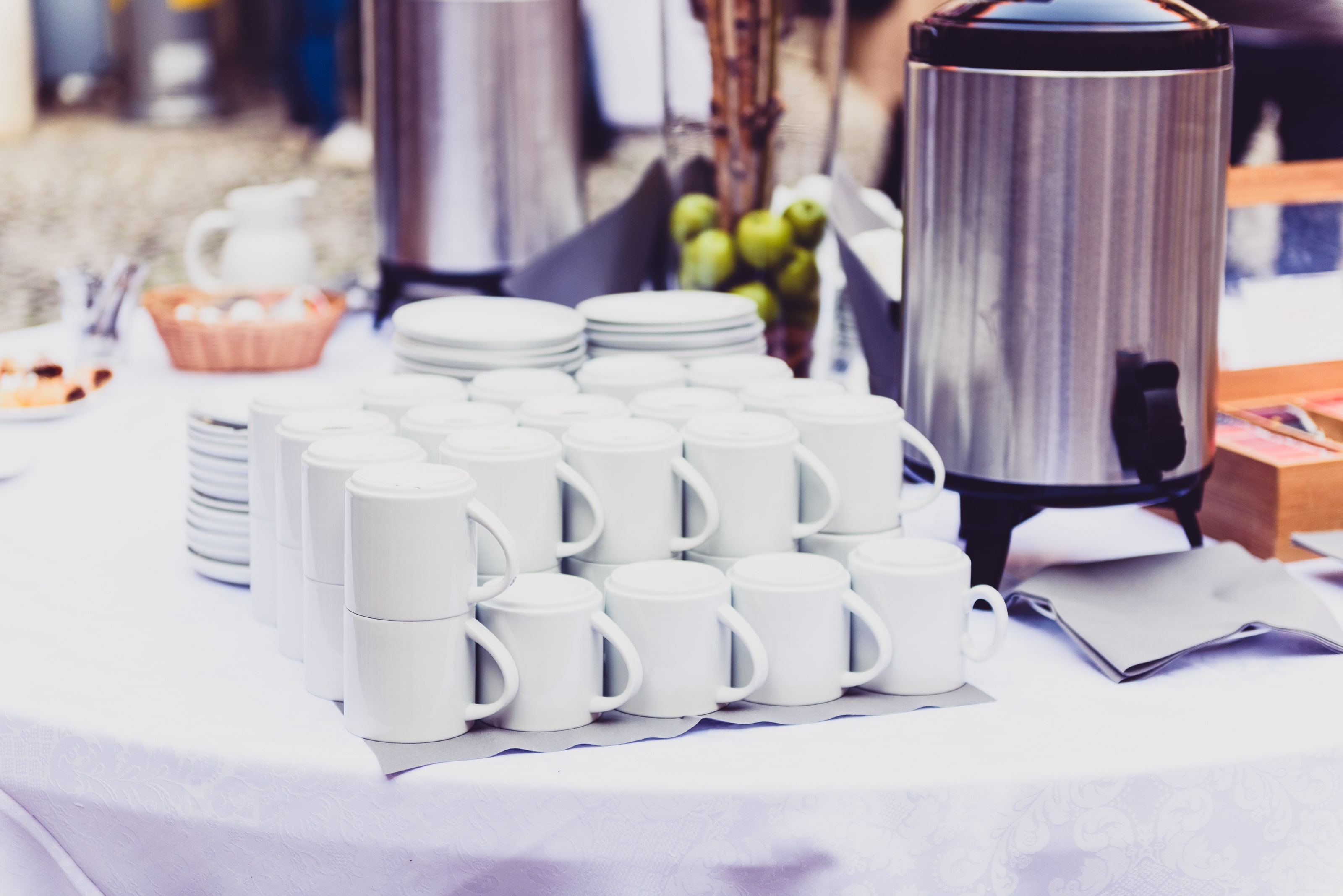 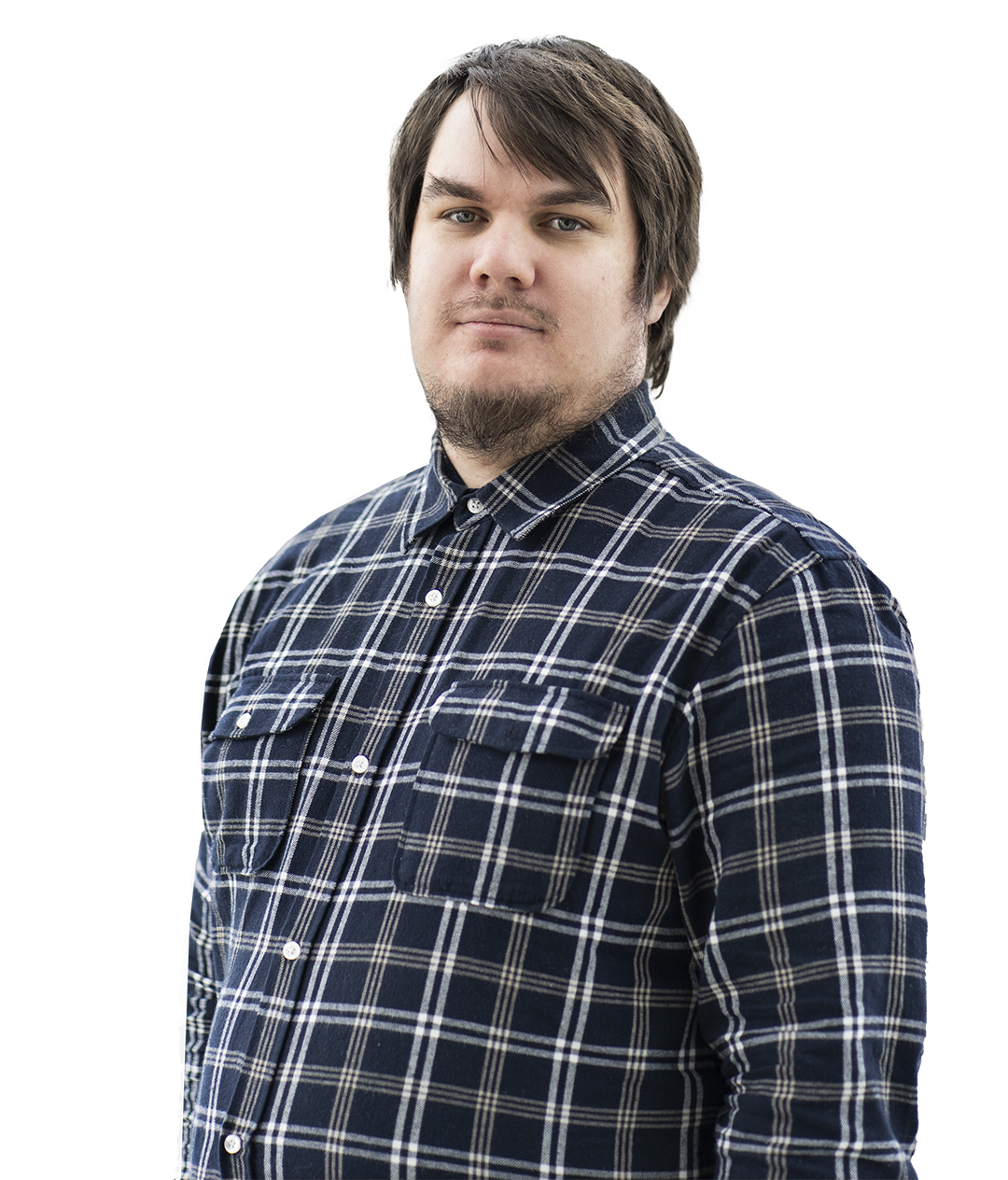 Hear it from our founders

From our CTO & Co-Founder Rainer Leit

Votech focuses on creating for our customer needs. Simplifying attendee participation in your meetings while giving them the opportunity to impact the meeting ballot outcomes remotely, give access to meeting materials and more to come to which any of our customers can affect change!

For us it is important that each participants in your meeting have equal participation and also building towards sustainable future by offering a remote solution over flying and driving to the AGMs while also saving the planet from unnecessary CO2 emissions ( Check out our calculator below ).

By clicking “Accept All Cookies”, you agree to the storing of cookies on your device to enhance site navigation, analyze site usage, and assist in our marketing efforts. View our Privacy Policy for more information.
PreferencesDenyAccept